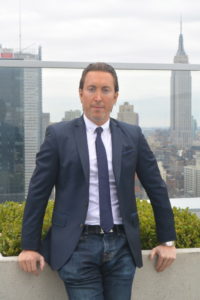 Daniel Neiditch is a real estate mogul, sustainability advocate, and philanthropist in New York City. He is the President of River 2 River Realty, a top-tier real estate firm with a distinguished reputation for serving the city’s residents as a trustworthy brokerage, landlord, property manager, and developer. Neiditch is also oft-recognized for his work as President of The Atelier Condo, a sustainability-forward luxury building in New York City.

Daniel Neiditch’s early-career successes have provided him the opportunity to support a number of charitable causes and organizations, especially in the fields of education, healthcare, community-building, and youth services. Having grown up in the Bronx, Neiditch is passionate about empowering disadvantaged children and their families living in his native borough.

Neiditch is particularly focused on eradicating homelessness. As a child, he saw the painful reality of homelessness and financial insecurity take its toll on his friends and neighbors. Today, he strives to connect those experiencing homelessness with medical care, jobs, and housing. Several years ago, Neiditch even went undercover and lived on the streets for three days to gain a first-person understanding of how it feels to be without shelter and support.

As the preferred luxury realtor of noted celebrities — including Ed Harris, Michael Douglas, Lindsay Lohan, and Hillary Duff — Daniel Neiditch collaborates with his expansive network to expand his philanthropic reach and amplify awareness for worthy causes.

Neiditch’s philanthropic partnerships have drawn considerable media attention and facilitated significant charitable impact. In 2019, for example, Daniel Neiditch held a celebrity boxing match atop one of his Midtown residential buildings with heavyweight champion Evander Holyfield. While Neiditch and Holyfield sparred, the latter’s signed boxing gloves were put up for charity auction; by the end of the match, the pair had raised over $100,000 for autism awareness.

For the last several years, Daniel Neiditch has also been heavily involved with Room to Grow, a nonprofit which offers structured coaching, material goods, and community connections to support parents and children alike. He has collaborated with actors Bruce Willis and Uma Thurman to host Room to Grow’s annual benefit and, most recently, helped adapt the event to a virtual format when COVID-19 would have otherwise made an in-person fundraiser impossible.

Globally, Neiditch has traveled to Africa to support underserved populations and is a longtime contributor of the Clinton Foundation and The Bush Foundation. He has also contributed to the Clinton Bush Haiti Fund, which was initially founded in response after the destructive earthquake in Haiti in 2010.

Daniel Neiditch serves New York as an on-call chief emergency first responder and a Honorary Fire Chief for New York State and firmly believes that nonprofits can be powerful allies to local government if given the chance. He is a member of the Forbes Real Estate Council and is an active contributor to Entrepreneur and SCORE NYC, the non-profit mentorship arm of the Small Business Association.